Steve Jobs - the Power of Passion

I just finished reading the biography of Steve Jobs. I happened to read the electronic version on my iPad, just as Steve would have liked it. I am not the type that gets easily impressed, but I found this book captivating. More often than not, I start reading a book only to set it aside one third into it. I have a pile of books which are marked “to be finished”...  But I kept reading Steve Jobs’ biography on a daily basis and finished it “cover to cover”. 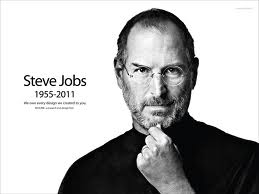 I lived in Silicon Valley for 20yrs, of which 15yrs in Cupertino – a stone throw away from the Apple campus. I witnessed some of the events described, frequented many of the places mentioned, and knew some of the people referenced in the book.  I have been an Apple/Mac user “on and off” throughout the years. I currently own an iPad and an iPhone, and there are several iPods and MacBook’s within our family.  Steve Jobs and Apple’s story certainly touched my life.

The book surprisingly “tells it like it was”. There is no glorification of Steve Jobs – his personally traits, especially the “not so pretty” ones, do come across. This makes his life story and the Apple story even more impressive. The fact that a “mere mortal” managed to revolutionize several industries, and engineer the biggest turnaround in hi-tech history is simply amazing.

Some say that Steve Jobs was a product genius. Some say that Apple invented the PC, the music player, the smartphone and the tablet computer. I disagree. Steve Jobs was a special person, but not a necessarily a genius. Apple introduced elegant products, but didn’t literally invent anything. So why was the Jobs-Apple combination so unique? And how did Apple manage to become the most valuable company in the world (at least for a short time)?

I think the answer is ‘Passion’. Steve Jobs may not have been a genius, but he was definitely a person with a passion - lots of it. And he let his passion drive him and the teams he led. And yes, he was a perfectionist. One of my favorite marketing slogans is the one used by Lexus (the car):  “The Relentless Pursuit of Perfection”. My take from reading the biography is that Steve Jobs and Apple were indeed engaged in such pursuit.

Steve Jobs in not my personal hero. I am not sure I could even last in an organization led by him. I don’t believe that humiliating people is the best way to motivate them. I imagine Steve Jobs himself knew this was not his best trait as a leader. But I believe that what he lacked in “soft skills” he made up through vision and passion. That’s what made people follow him, through thick and thin, and eventually achieve greatness.
Steve Jobs is a proof of the saying that “where there is a will there is a way”. If you asked most people in Silicon Valley 15yrs ago what were the chances of Apple to survive, and perhaps even stage a modest “come back”, very few would have expressed any faith in the company. Let alone predict that Apple would roar back into a dominant market position and lead an industry/society revolution.

So what is the “secret” behind Steve Jobs (and Apple) phenomenal success? Was it his intellectual capacity? I don’t think so. I personally believe it was his passion, strong convictions and his relentless pursuit of perfection.

I believe in the “power of passion”. At the few times I felt passionate about doing something, it propelled me to achievements well beyond my expectations. But I find passion to be an elusive force. It is often hard (for me) to identify and connect to inner passions. And there are always real or imaginary constraints that seem to stand in the way. If I ever discover a way to consistently identify my passions and tap into them, I will feel extremely fortunate.

Steve Jobs discovered his passions and relentlessly pursued them.  That made him special, and in my mind a ‘Passion Genius’.
Posted by bd249 at 2:23 PM