I have celebrated more than a few New Year Eves. Some involved a noisy dance party. Others were simply a get-together with friends and a glass of champagne.  At times we chose to stay home, cuddled in front of the TV, and waited for the “ball drop” in Times Square. And oh, there were times we couldn't quite stay awake, and fell asleep before midnight.  Anyway, the 2014 New Year Eve was quite different…


My wife and I went to the Kastiel New Year party. For those of you who don’t know, Kastiel is one of the most prestigious furniture design and retail firms in Israel. This is where you go if you have a big house, LOTS of money to spend, and you want to live in style; and I mean STYLE.


I guess that being married to an accomplished Interior Designer does bring some perks. One of them was getting a personal invitation to the Kastiel party. 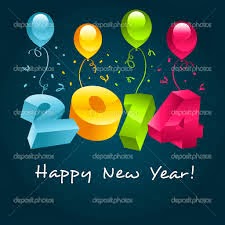 For various reasons, this December 31st was a busy day for both of us. It was getting late, and the thought of spending the evening in front of the TV became increasingly luring. But hey, wouldn't it be a shame to “waste” a personal invite to the ‘Kastiel Party’? So we decided to go.

Driving to downtown Tel Aviv was surprisingly easy. I expected traffic jams, drunken drivers and what not. None of that happened. We parked the car a few blocks away from the Kastiel gallery and walked to the party location.

If you haven’t been to Tel Aviv at night – you should try it some time. It is a small city compared to say New York. But it packs a lot into a few square kilometers. Within a few blocks you can see poor African refugees, celebrity party goers, and ordinary folks merrily walk the streets or the beach-front promenade. Imagine New York’s Harlem, SoHo and Times Square all packed together.

We got to the Kastiel place, and joined the waiting line. I immediately realized that wearing a pair of jeans and a plain black shirt wasn't quite the right outfit… But hey, at least I did have a new leather jacket to “protect” my image. We were questioned by a young lady with a laptop about our ‘invitations’, to which my wife simply gave her name - “party of two”. We were promptly let in and I thought: “hey, I am her escort for the night.”

We strolled through the spacious furniture galleries, munched some bread and cheese, and had a couple of (non-alcoholic) drinks. I did find it amusing they used some Goethe books as decorations on some tables… But even I had to admit that some of the pieces on display were quite nice. I would have seriously considered a particular light fixture, if I had 12,000 NIS on me and a big enough dining room to hang it in.

I have never been to a “celebrity party” before, and this party seemed to be full of them. Given that we've been back to Israel for only 3 years, there were dozens of celebrities we simply didn't recognize. I must confess we did find ourselves engaged a bit in “star gazing”. We spotted what we thought were familiar faces and tried to remember where we've seen them before: Was it on TV? Newspaper? Local magazine?

With some help from Google image search we managed to recognize a few faces: TV anchors, talk show hosts, a couple of famous architects, current and former members of parliament, etc. There were many more celebrities which we didn't see, or didn't recognize, but a quick look at today’s gossip columns helped.

There were also performances by two leading Israeli singers – Ivri Lider and Ninet Tayeb . In order to watch them you had to squeeze in with hundreds people into the ‘event hall’ - which was way too small to hold all the party-goers.  When we realized that watching the performance involved experiencing mild suffocation, we decided that YouTube was good enough for us.

There we were – in a New Year celebrities’ party!! Sounds exciting, right? Well, not really.

What’s the point of walking around in circles trying to recognize people you don’t really know? Other people seemed to also be walking around; perhaps hoping someone will ask to snap a photo with them. I must admit that some of the short skirts and high heels were impressive… But how long can someone watch ‘Fashion TV’? For me, it takes about 45sec before I switch to the History Channel to watch something really interesting.

We didn't really know anyone there. There was nobody to say “hi” to, or gloat when they say “I didn't expect to see YOU here”.  For all I know, other party-goers may have been wondering if my wife and I were some celebrities they didn't recognize…

I suppose it is OK to go to a celebrity party once. At least I now know what it looks like so I can strike it off my ‘bucket list’. Next time, if we get an invite to Kastiel, or any other big name party - I’ll pass. I’d rather have a glass of champagne with friends, or cuddle in front of the TV. If I make it through the midnight countdown, that’s great. If not, I am sure the folks at New Your Times Square will manage to rollover the New Year without me.