Why (on earth) Did You Move Back?

When I tell people that I lived in California for 20yrs and recently moved back to Israel, I invariably get the question: “Why did you move back”? Some people are genuinely interested in my motivation to make such a big change in my life. But the vast majority really means to say: “You have been to paradise and chose to leave? What on earth where you thinking???” 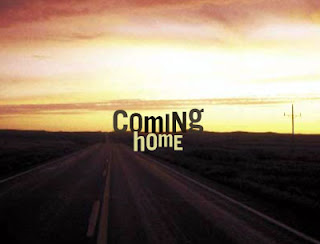 I shared my experience with other people who returned to Israel after a stay in America. Most of them concur with me. The question isn’t posed just by friends or acquaintances. It comes from total strangers I come across. It could be the salesperson at the store, the waiter at the restaurant, or the clerk at the bank. The minute I mention the fact I recently returned from America, the question pops…
Stranger (at the store): ”So… you lived in America for 20yrs and just came back?
Me: “Yes, a few months ago.”
Stranger: “Wow, that’s amazing. So tell me - why did you come back??”
Me: “Because this is home for me”
Stranger: “This place?? With everything that’s going on? Have you watched TV lately?? If I were you…”
I was mostly shocked by the reaction from younger people. All too often they look at me as if I have totally lost my mind. Here I was, living the “American Dream” – a good job, nice house, Japanese cars, beautiful neighborhood, and most importantly – peace and tranquility all around. And I dropped it all just to come back to a small piece of land in the middle of the hot, humid, volatile, noisy, crazy, dangerous Middle East. What a waste! If only they were given the choice - they would have known what to do!
After a while the reaction ceased to amuse me. Frankly it started to concern me. What’s wrong with this picture? Can we continue to have a country where people think they would be better off living somewhere else? How will we be able to solve problems, build new things, and defend ourselves if people just want to “jump ship” whenever they can?
Sure, who am I to talk? Haven’t I just spent 20yrs in a different country? True… I don’t feel “morally superior”, but I can claim that it gave me a perspective. Remember the old saying: “the grass is always greener on the other side” Well, it isn't... I do agree that the “grass is different on the other side”, but I believe the question of “greener or not” is not the relevant one.
America has a lot of things going for it. Even now days, when everyone is quick to mourn its demise and applaud the rise of China. It is a great country that was built with the labor, sweat, dreams and sacrifices of millions. It is a great place to be in – if you want to be an American. It is the wrong place to be in – if you want to be an Israeli. So it is simple – choose who you want to be, and pick your “grass” accordingly.
But there is a bigger issue here. The issue of “Hope”, or lack thereof. People don’t want to leave a place and go elsewhere just because of hardships. If that was the case, no one would live in Alaska… Have you ever experienced an average temperature of -13⁰??  I believe that people leave a place when they are either a) forced to, b) look for an adventure or c) lose hope. I don’t think anyone is forcing people to leave Israel, so let’s forget a). Sure, some people look for adventures, which is fine by me. But what about c)? What about those who lost hope? That’s what concerns me.
Incidentally I attended a conference yesterday where Yair Lapid spoke. For those of you (outside Israel) who don’t know Mr. Lapid - he is a popular talk show host and a journalist that recently decided to join the political fray and start his own party. I don’t want to turn this into a political debate, or a discussion about Yair Lapid’s qualifications. But I do want to mention that he spoke about the “loss of hope”, particularly within the silent majority in Israel. It struck a chord with me.
So next time someone asks me “Why did you move back?” My answer will be: “Because it’s a great place! And it’s home…”
Posted by bd249 at 10:30 PM